It was an absolute honor to have Torch be a part of the Imagine Music Festival this year! We were assigned a 4 hour block to curate Saturday, charged with the task of opening up the Drum & Bass stage! DaddyDough & QuickTemper were already playing other slots @ the festival so we went with 7 residents and special guest Aneuryzm! We had 30 minute slots and I know everyone worked super hard on thier sets.

I arrived on Saturday, checked in and setup our tent with my wife, Christina. We were joined by Chuck Skillz and Randie and formed “Camp Torch”. It was awesome to have some familar faces in our camp. Having settled in. We made the trek to the racetrack and meet Dave Moneyman, who was supplying turntables for the stage. I was bringing my Serato box and IMF has all the cdjs, mixer, etc.
We arrive at the Aeria stage, which was a huge tent! It was nice to be out of the sun. Roe was setting up sound, lights and the stage with his staff. I was happy to jump right in and setup all the dj gear. We had people playing on CDJs, turntables, Serato, & Traktor. Really no different from any other Torch event so we got straight to work.

Everyone crushed the sets to a really nice crowd of Torch goers, festival edm kids and DNB enthusiasts from out of state! Big shout to Moneyman, Subsconscious, Thesis, Johnny GoodTime, Logam, Aneuryzm, Trench and Thomas B! Natsu & Silver from 1200 Hustle / Iris were up next and both Legion boys after that. It was an honor to share the stage with those guys and ATL DNB was pumping through the Atlanta Motor Speedway!
​
Aphrodite, Dirtyphonics & Pendulum were next and that was a MASSIVE 3 hours of Drum & Bass! Getting to hang with those guys, snap pictures, talk shop and hang out was an absolute treat! I cannot say enough about the production, professionalism and execution on the part of Iris / Imagine....everything was on point and it was the best weekend of DNB in my whole 18 years of going out to shows. Hear is to IMF 2017! Big up! 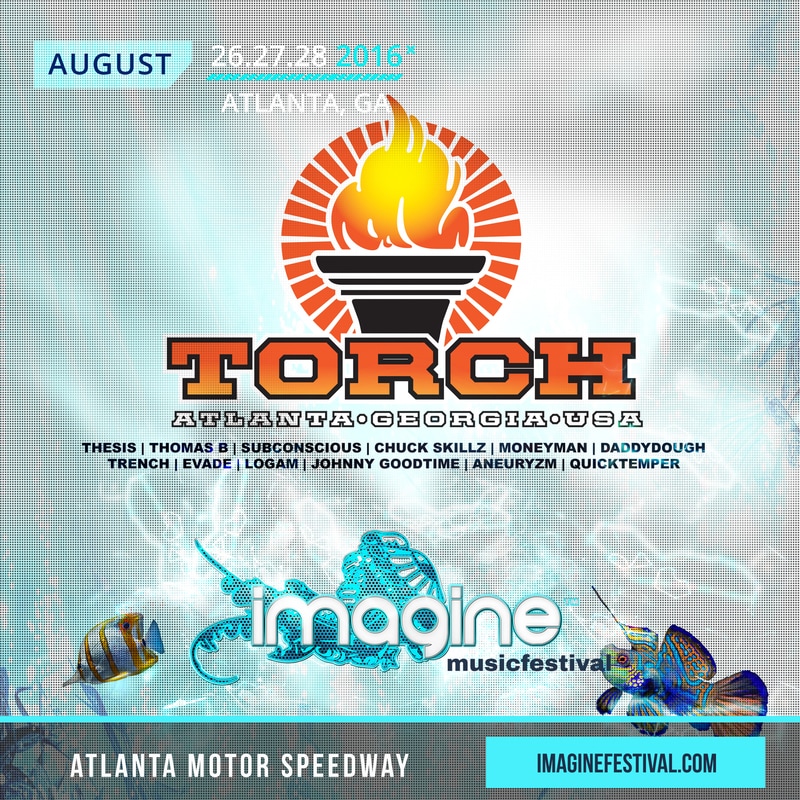